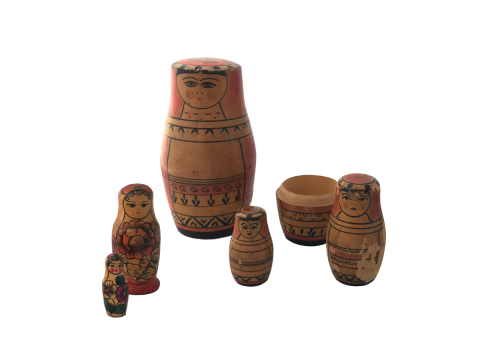 . . . every surface in Yanet’s home is coated with objects waiting to be lifted, appraised, perused, felt—at least an afternoon’s worth. So I browse the waist-high tables and rich wood armoires with rows of cut-crystal wine and port glasses, mod carafes with faded metallic polka dots, kitschy ceramic table lamps painted with bright pastoral scenes, and patterned blown-glass globes that once held water and fish. Technically, it’s not legal for any of these objects to be sold. Only the Cuban government can buy and sell goods in Havana. But “Five-cent Yanet,” as she’s known among the city’s connoisseurs of inexpensive antiques, has been operating mostly illegally for more than a decade and, if all goes to plan, will keep at it until she passes the business on to her daughter the way she inherited the trade from her dad.

There’s no sign in front of Yanet’s, nothing to signal that hers isn’t just another apartment. I lived in Havana for a year without visiting Yanet’s; the women I knew who shopped there never shared her address with me. Besides, my desire to visit waned once I learned I wouldn’t be able to take any furniture or design objects out of the country when I left. In bureaucratese, officials call Cuba’s affliction a “scarcity of objects” and limit what leaves the country to two suitcases. Foreigners like me may leave accompanied only by what we brought in and, if we get the right permits, contemporary art. Locals must divest themselves of the accumulation of lifetimes, give to family and neighbors or sell. So Cubans who’ll soon head into the Rest of the World arrive at Yanet’s door cradling cardboard boxes with their 1950s martini glasses, a grandmother’s lamp, the ice-cream dishes that their parents used to serve sundaes in at the Hotel Riviera, all sold to raise money for what waits on the other side of the one-way plane ticket.

Yanet ambles through her apartment as I browse, lifting her flip-flops high off the red and green tile floor as she walks the bare paths through the encroaching cliffs of glasses and lamps on either side of her hallway. She is the duchess in her domain, and based on what you pick out, she can point you toward something else you might like, which is usually buried behind a mountain of mismatched plates. If, that is, she is paying attention, which is infrequent. She opened the door to me and the friend who brought me here and then sat right back down on the stiff sofa just inside the front door, gossiping and smoking cigarette after cigarette with a neighbor who’d stopped by, her short brown ponytail bouncing with every laugh. Then she was in the dining room wrapping just-purchased breakables in scraps of Granma, the Communist Party newspaper. Now that the sale is completed, she’s on the phone in the kitchen, leaning into the doorframe and twisting the cord around her pinkie.

Yanet’s covert customers are Havana’s aesthetes. Owners of upscale paladares, in-home restaurants, pop in for stylish two-dollar daiquiri glasses. Artists and musicians, the cultural elite, pick up birthday gifts for friends. The foreign diplomats who arrive in newish cars, their black license plates marking them as important sorts, park a few blocks away and approach Yanet’s on foot—with their specific, easily legible plates, they don’t want to call attention to Yanet, who hides behind only a sheen of legality. She has a state license to work as a set designer, for which she pays a monthly tax of about ten dollars. “I just design with old things,” she tells me with a shrug. But Yanet hasn’t worked on a play in years, and her job, apartment, and everything in it relies on the discretion of her customers. Attachment to the material and the beautiful is fleeting in Havana, breakable.

And here’s the thing about nearly everyone who shops at Yanet’s: they’re all people who’ve chosen to live in Havana. Her customers are locals who have eked out privilege and chosen to stay, not leave. . . . 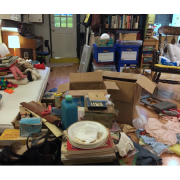 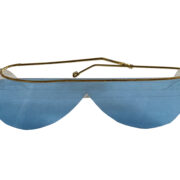 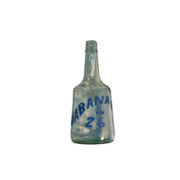 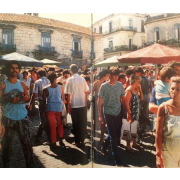 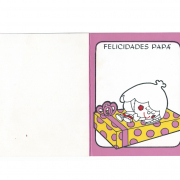 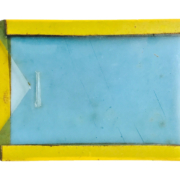 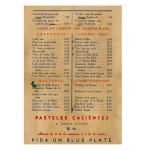 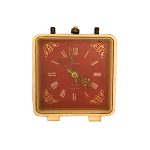