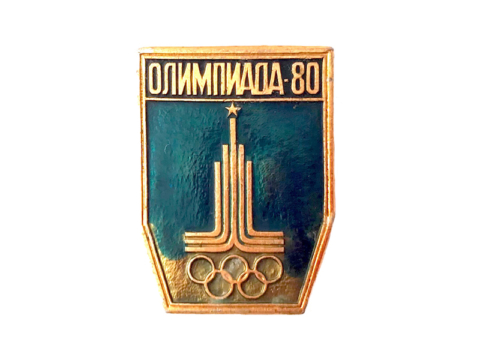 The first thing that I have to ask you is that, please, do not judge me as a photographer because I am not. The pictures that you are going to see today, and hopefully, also in the next few days, are part of my research. When I was researching about my topic, the Soviet influence in the Cuban cultural production after the nineties, I realized that there are still a lot of physical traces of the Soviet presence in Cuba. And I started wondering what these physical objects meant to the formation of the Cuban identity. That’s why I started photographing the objects that you are seeing today –and in that sense I am really grateful to all the persons in Cuba who opened the doors of their houses and allowed me to take pictures of their personal belongings. My final inquire here is how the materiality is intertwined with the Cuban identity after the 90s.

As many of you know, Cuba and the Soviet Union had a strong relationship for more than 30 years, from the 60s until the collapse of the Soviet Union in ‘91. These 30 years of relations between the two countries meant not only economic, political and, of course, ideological ties but also a cultural relation that covered basically every aspect of the Cuba life during those years. In a sense, we can say that in those days, or at least in most of them, Cuba was kind of isolated in relation to the rest of the world. The main ties were with the Soviet Union and other countries from the Socialist block, so this isolation and the consumption of symbolic and material Soviet goods allowed the formation of an identity that is in so many ways linked to the Russian heritage.

At least two generations that were born and educated during those Soviet years in Cuba, became adults after the end of the Soviet Union, or close to its end. I have labeled that group of Cubans a sentimental community because all the memories from their childhoods are directly connected with the soviet experience. This is a community formed by Cubans born and educated on the island between the 60s and the 80s, who studied Russian language and literature, watched Soviet cartoons and movies, and in many cases, went to the Soviet Union to study.

In the pictures here, I wanted to also present the artistic work of some of them, so you can have an idea of how much the Soviet influence is present in their cultural production. As it is obvious in these framed images, and also in some of the books that are on display, daily contact with the Soviet experience produced an aesthetic where the use of Soviet references is frequent. This Soviet aesthetic includes literature, cinematography, music, theatrical performances and even online sites. This presence appears not just as physical traces but also as the representation of a nostalgic space and as the allegory of an identity in transition.

The objects you are going to see in these photos are still in use in Cuba. How have these objects constructed a historical identity related to the former Soviet Union and how do they work as symbols of that identity? Is it possible to talk about cultures in suspension taking into consideration that many of these objects work only as an empty shell that it is necessary to fill now?

I hope this exhibition opens a debate about these and many other questions regarding cultural formations in different societies.  I believe that these pictures will work as a perfect complement to the research I have been doing during the last few years. They will illustrate many of the main points I address in my work as literary critic. This exhibition is an example of an innovative approach to literary and cultural criticism, usually confined to academic articles to be read only by scholars working on a specific topic. My project goes beyond traditional ways of thinking about cultural production because it becomes a cultural production itself. The debate and discussion that I hope it will open will help me to advance my research and to incorporate the results of the debates into my analysis.

Since this project is based on the intercultural relations between Cuba and the former Soviet Union, it opens a space to discuss how different societies are configured differently. It will work as a snapshot of a period of time: the decades between the 60s and the 80s, and how those decades have influenced, modified and shaped contemporary Cuban society and cultural production. Cuba, so close to the United States, remains unknown in many aspects to our students and communities. This exposition will function as a starting point to allow a wider vision of Cuban society, its history and its day–to–day problems… 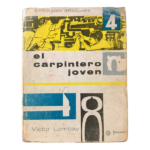 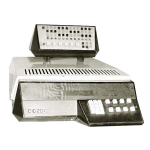